6 digital nomad movies when you need a night in

I hate to admit it but I’m a bit of a movie addict. Specifically any digital nomad movies that have a life lesson or a business twist.

But I also love reading. Maybe I could call myself a media critic?

Perhaps procrastinator would be a better term. Considering the amount of “down time” I’ve spent on a couch, it’s rather scary when you start adding up the hours.

But let’s be real for a second.

There’s some days where you just don’t want to leave the room.

You know the ones I’m talking about.

Perhaps you spent the day before on a scooter driving 3 hours to a magical waterfall and you’re butt is still numb. Or the day snorkeling off the boat has left you broken and sore, with matching sunburn to boot. Or you just pigged out at your hotel’s buffet breakfast and can’t imagine moving more than simply picking up the phone to call in-room dining.

I like to think of these days as my reward days. Where you’ve done so much in the days before you’re entitled to a little rest and relaxation.

And the best way to tune out to the world is to watch a good flick. But let’s face it. Cable television leaves a lot to be desired, especially if you’re halfway around the world and you’ve only got a choice between the BBC and the same reruns on HBO. They’re the only English channels I ever seem to get.

So where to turn?

Netflix and chill is my advice.

Here’s my favorite digital nomad movies when you’re needing a little down time:

The Secret Life of Walter Mitty

Ever since Zoolander I’ve been a big Ben Stiller fan, and adding the epic destinations filmed in this script it’s a clear winner in my book. After losing the perfect shot for a magazine cover, a cubicle worker starts a worldwide search to track down the photographer, and discovers his own love for adventure along the way. Touching at times and thought provoking at others, it’ll have you wanting to start an adventure all of your own.

Everyone will relate to this movie thanks to the antics of the dysfunctional family. To fulfill a little girls dream of winning a beauty pageant they embark on a road trip across America. Extended family included. I thought it was hilarious. Then sad. Then funny. They somehow hit the mark with the actors so it comes across as purely genuine, while touching on concepts like our drive to be number one, and just how twisted pop culture has become.

A story that hooks you in with a fascinating sense of dread, it’s an adaptation of a book following the real-life story of Christopher McCandles’ journey into the wilderness. Pieced together from journal entries and the memories of the people he encountered, the movie captures the passion we all share in breaking free of society, and the dangers of relying only on yourself. Sometimes a little help from a friend can go a long way.

This one’s a cult-classic for bored white-collar workers everywhere, and I always circle back to it. It follows the story of a group of colleagues struggling through a corporate downsizing, and the banalities of office life. So much of this film rings true, and anyone who has suffered through office life in a cubicle will relate. If you’ve not seen it, go watch it now. It’s a must for all of us digital nomads.

After losing hope in the world, Cheryl Strayed makes the rash decision to hike the Pacific Crest Trail solo. Without any experience. Ultimately the trip heals her, but not before you’re taken through all the struggles she pushed through, with sheer determination and grit. To me, it almost perfectly captures the other side of travel that doesn’t really get talked about. The loneliness and the fatigue, that don’t usually make it into your montage of holiday photos.

Following the rise of Facebook and CEO Mark Zuckerberg, the film is an ironic peek into the life of one of the richest people in the world. What I particularly liked was the petty politics between the founders, which combined with the witty, sincere and hilarious acting makes for a great digital nomad movie. It taps into the feelings of isolation you get when starting your own startup, and everyone in the audience will be able to relate to Zuckerberg’s desire for acceptance and drive to succeed.

All of these digital nomad movies are a good pick when you want a night in. Just ensure you’re not doing it too often. When you’re looking back over your time spent abroad, what you’ll treasure most are the experiences. So get out there and have some too.

See more from the blog

John Got Fired From His Job and Now Makes 7-Figures and Travels the World. What a Life…

Get the FREE Video Training Now… 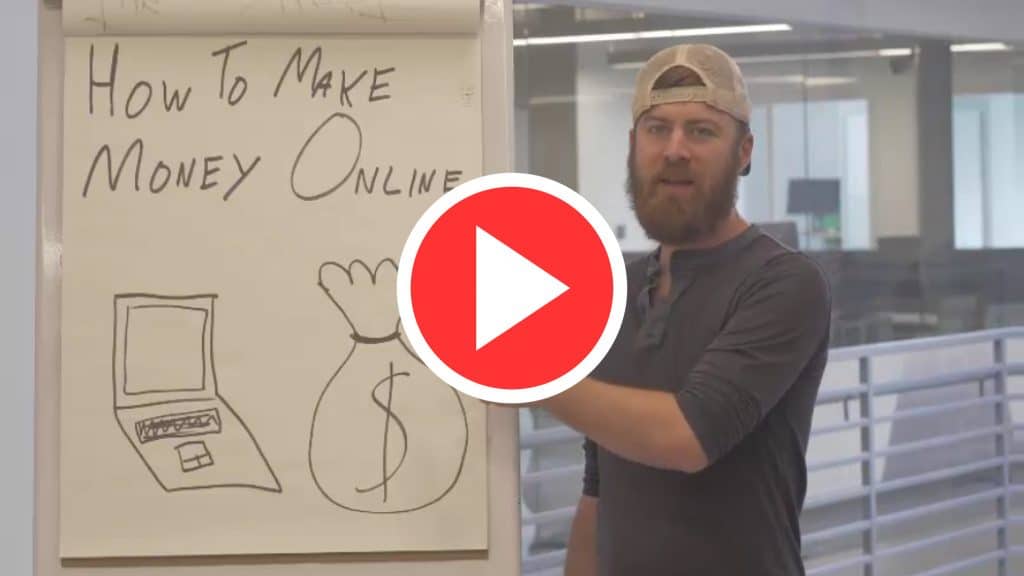 Join a free webinar and learn how anyone can build their own, online business, completely free.

Click “secure my seat” below and secure your spot in the training before all available spots are filled.

Nomad Stack. Your go-to set of resources to help you break free of the office and start living the life of your dreams.

→ hello at nomadstack dot com
Disclosure: We sometimes get paid for listings, through sponsors or affiliate programs like Amazon Associates, ClickBank and more.

Clicking a link helps keep Nomad Stack free, at no cost to you!